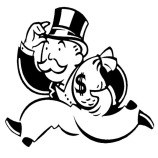 We’ve been sitting down playing the latest game of Monopoly these holidays.  The board is an ominous black colour, there’s no cash and it’s ruthless!  At least you get round the board quickly.  Even my husband joined in.  He normally refuses to play, calling the standard game “Monotony.”

Anyway, it got me thinking about the game.

How would you feel if we sat down for a game and I was the banker who could generate more Monopoly money whenever I needed to?  I had the most expensive streets.  Your cheap properties would end up mortgaged, and every time you made it around Go, you’d only get about half of your Go money because a portion would be electronically deducted to me via income tax and GST – even before you landed on the tax squares.

That’s what the system is like in every country in the world that has a reserve bank and a system modeled on the Bank of England.

In the New Zealand version of our rigged game of Monopoly, if I as the Banker did get into trouble, I would take your money to keep myself in the game.  It’s called the “Open Bank Resolution.”  New Zealand is the only OECD country without deposit insurance.

To add insult to injury the banker is foreign.  The “big four” banks in NZ are all Australian – even the BNZ, which was sold to Australia in 1992 after the NZ tax payer bailed it out in 1990.

Do you want to play?  The NZ version of Monopoly is probably the worst – but we’re all playing unless you’re in North Korea, the only country left without a reserve bank.  Interestingly, the other hold outs – Iraq, Afghanistan and Libya have had central banks imposed after being invaded.

Guess How Many Nations In The World Do Not Have A Central Bank?

While the NZ Reserve Bank controls the issue of currency, most of the money is now generated electronically – essentially created out of nothing by the Australian banks.  We think the banks are loaning from depositor’s funds, but they’re not.

“As the Bank of England has now confirmed, banks create the money they lend out of nothing and can charge interest on the new money for as long as it exists in the form of a debt owed to them.” Source:  Banks fuel housing market by ‘creating’ money. 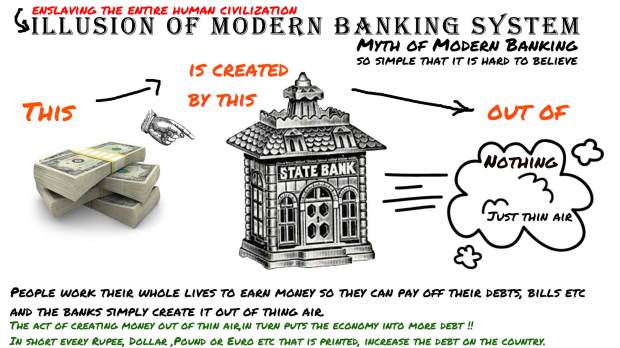 What can we do?

We could educate ourselves about money.

We could ask our governments for a change to the money system. Ask why we aren’t creating the money electronically and charging the banks for it?

Don’t do business with the foreign owned banks.

The New Zealand housing affordability crisis will go on getting worse. In other words, and at the risk of accusations of xenophobia, it is not so much Chinese buyers, as Australian-owned banks, that are responsible for New Zealand’s housing crisis. Source: Banks fuel housing market by ‘creating’ money.

“On the bank’s website, BNZ invites customers to “check out how we’ve been part of New Zealand’s history”, with a timeline running from 1860 to the present day.  It contains many high-points, but fails to mention either of the two times the bank required government bail-outs in order to continue trading.”  Source: BNZ ‘inadvertently’ rewrites history by omitting bailouts.