This time Australia is being pressured to change the marriage law.  They’ll be told that New Zealand did it, so why shouldn’t they?  The media are making it sound like there was a public mandate for same-sex marriage in 2013, but that’s simply not true.  New Zealanders weren’t asked.  We weren’t given a referendum.  We were silenced.

The one and only time we got a voice was in a TV3 news poll.  This was the response.  There were nearly 17,000 respondents with 78% against.  The media were shocked at the strength of public opinion against and there was a media blackout over our opinion. 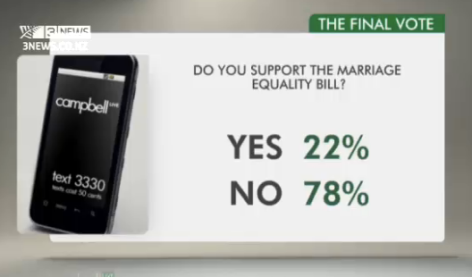 Here’s a cartoon from 2013 showing who had the say in NZ – politicians. 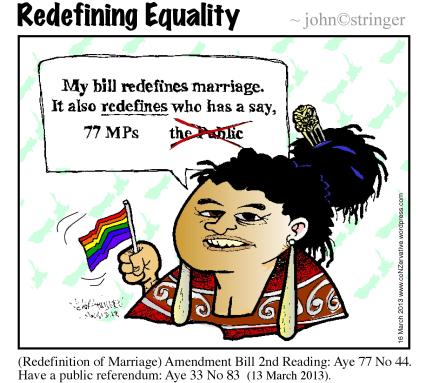 At least Australians are being asked.  Why weren’t New Zealanders given the right to vote on this? 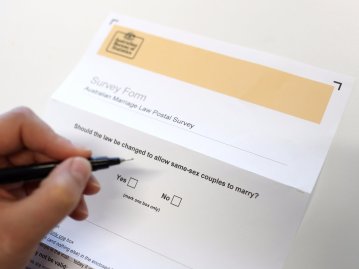 And before you label me a “hater” for pointing out the facts – I don’t hate homosexuals.  What I do hate is living in a society where people are shouted down and silenced, slurred for having a different opinion and not given a say in what their government does!  It’s called injustice.

These are the questions I hope Australians will ask themselves;  Who is driving this agenda?  Should government legislate morality?  What societal benefits are there in same-sex marriage?  Why are people who disagree being labelled “homophobes” and “bigots?”